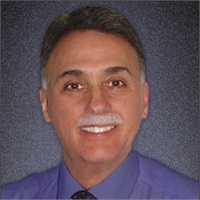 After graduating from Ohio University, Vic began his career in the pharmaceutical and medical diagnostic equipment industries. He then co-founded and served as president and CEO of a Central Pennsylvania business, providing funding and catering to the financial needs of non-profit organizations throughout South Central Pennsylvania – a position he held for over 25 years.

Over those years, Vic developed an interest in investing, which eventually led to a career change. In 2013 he earned his securities license and began a successful career as a financial advisor for a major securities and wealth management firm, serving the needs of Central Pennsylvania families and business owners for several years prior to joining KCA Wealth Management.

Vic has lived and worked in Central Pennsylvania for more than 35 years.  His wife, Michele, is the CFO of a local federally funded health facility.  His daughter, Sarah, is an attorney and the director of a human rights organization, and his son, Stephen, also an attorney, was formerly the chairman of the board of the South Eastern Pennsylvania Mental Health Association and is currently serving as the senior policy director for Pennsylvania’s Attorney General.